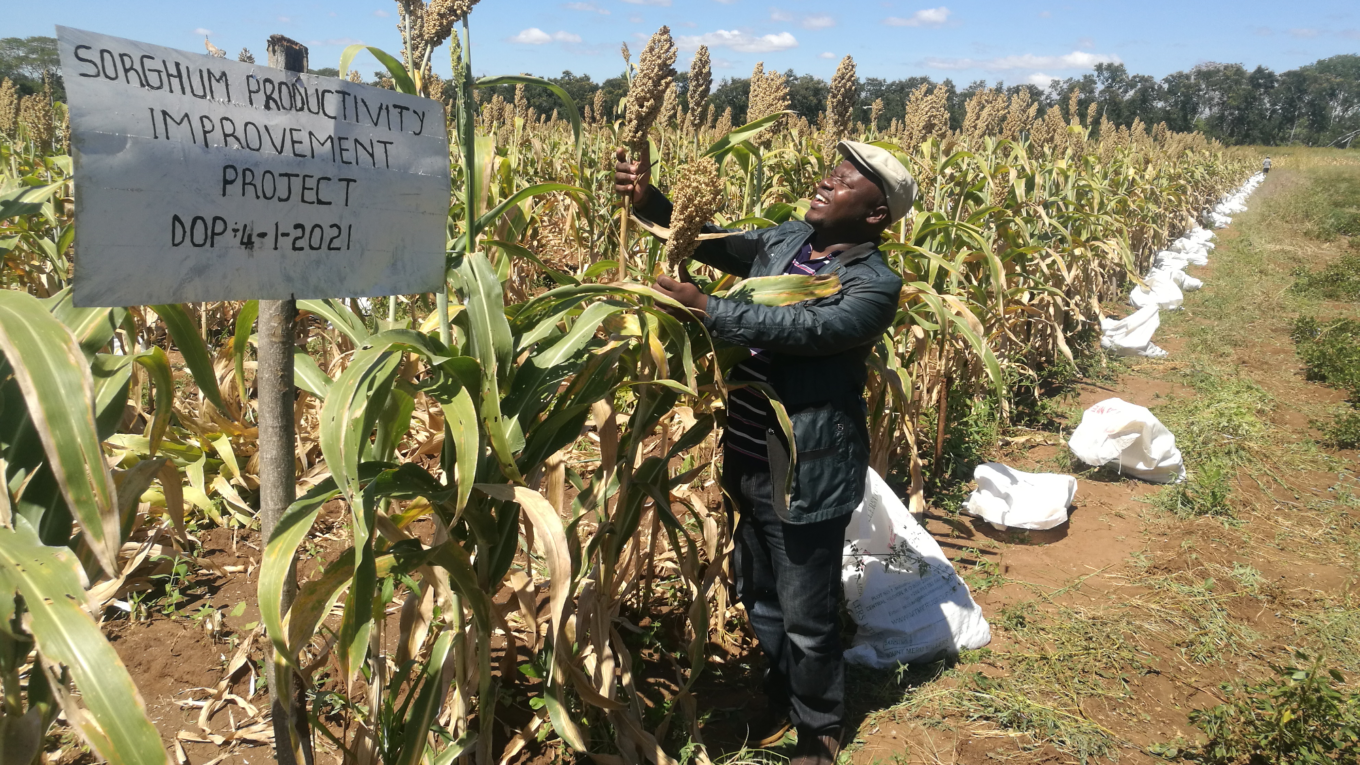 The effects of climate change are threatening the stability of smallholder farmers in Malawi. As such, most farmers are receptive to adaptive strategies such as increased adoption of drought-tolerant crops like sorghum. Here smallholders provide insight into the long-term impacts of climate change, and related field research examines nutrient management within a new grain legume-sorghum cropping system offering food security and climate resilience.

In Malawi, sorghum is one of the major food crops for people living in the semi-arid regions of shire valley and lakeshore areas. Since the crop tolerates high temperatures and drought, sorghum can be a key adaptation strategy for the country. The bulk of sorghum production is done under rain-fed production where its productivity is very low. The average yield in Malawi is about 600 kg ha-1 against a yield potential of up to 3.5-6 t ha-1 for improved varieties available in the country (GAP, 2012). Improved varieties yield higher than local varieties like Thengalamanga, with documented grain yields of up to 2 t ha-1 (ICRISAT, 1995). Studies indicate that improved varieties like Pilira 1 are preferred by farmers for their early maturity, drought tolerance, white grain, and high grain yield (Nkolongo et al., 2008). Given sustainable agronomic practices, sorghum appears poised to enhance household food security among smallholder farmers and build resilience to climatic shocks and food shortages.

Climate change awareness
Table 1 presents the extent of climate variation experienced by 67 randomly selected farmers from the three targeted agro-ecological zones in Chikwawa, Salima, and Blantyre districts over the last 20-25 years. The majority of opinions tended to express either a substantial increase or decline for each indicator. In general, there is overwhelming evidence of climate variance. Very few of the respondents answered “remained the same” to the ten components of climate variation measured. When asked whether climate change has had a direct effect of their household, the majority (91%) of respondents indicated “yes”.

Table 1. Frequencies in the extent of climate variation experienced over the past 20-25 years (%).

A majority (69%) of respondents across the three districts believe average daily temperatures have increased substantially. Similarly, 58% experienced a substantial increase in the duration of dry seasons or prevalence of drought. About 49% of respondents perceived a substantial decline in average rainfall. Furthermore, 75% of the respondents reported a reduction in the length of the rainy season. A majority also perceived an increase in soil dryness during the dry season. Given the prevalence of rain-fed agriculture in Malawi, decreases in rainfall and rainy season duration significantly reduces farm productivity and increases household food shortages.

Effect of weather variation on households
Given a list of choices, respondents were also asked to rank the top five effects of weather variation affecting their households. Amongst the highest ranked effects were declines in crop yield, food security, and livestock productivity (Fig. 1). The impact on food price increases was not as highly ranked, but it was universally selected as a fifth most important effect. Loss of crops, livestock, or property were similarly ranked, and loss of property appeared as a significant risk.

Adaptation strategies
Respondents were also asked to state five adaptation measures used in response to their changing climate. The most popular adaptation actions included growing new crops, adopting drought-tolerant/resistant crops and consideration for new land management practices (Fig. 2). Household head migration to other rural areas in search of food and better lands on behalf of the other members was also a commonly listed strategy.

The surveys found a steady increase in the popularity for both maize and sorghum cropping over recent years (Fig. 3). It appears that growth in these two food crops has come at the expense of less extensive crops like cotton, bean, groundnut, pigeon pea, millet, and other niche crops like potatoes, cowpea, soybean and sesame.

Perhaps the current state of awareness and acceptance about the need to shift towards more resilient crops suggests an opportunity to expand the adoption of sorghum as a more drought tolerant alternative to maize? Focus group discussions in Chikwawa revealed that women consider the crop as a source of both food and economic security. However, farmers generally do not consider sorghum to require a high level of soil fertility management. So far, where they have access to fertilizer the tendency is to direct resources towards maize production.

Investigating the benefits of grain legumes
A multisite field trial is presently exploring adaptive strategies to rainfed grain production for the regions. The work hypothesizes that increased adoption of grain legumes within a drought-tolerant sorghum cropping system can not only generate a valued source of staple dietary protein, but it can also secure grain production through the residual benefits gained by increased access to nutrient-rich leguminous biomass.

The study’s principal treatment is crop residue produced by pigeon pea-cowpea crops grown first in the rotation. This residue is recycled through a post-harvest plough down prior to growing sorghum in year two. The trials also include an assessment of different combinations of nitrogen (N) and phosphorus (P) fertilizer, and manure (data not included here), to begin to understand the impact of more balanced nutrient inputs to an otherwise under-fertilized crop.

Of particular interest is the observation that where pigeon pea and cowpea were included in rotation with sorghum, lower N application at Mikalango EPA (23 kg N ha-1) and zero N application at Chitala produced sorghum grain yields equivalent to those produced in the non-rotation system with 46 kg N ha-1 or more (Fig. 4B). This evidence suggests that farmers would be able to benefit from the N-rich legume biomass, which can offset the difference in N application and contribute to a moderated N supply that enhances nutrient uptake and use efficiency in the succeeding sorghum crop.

The plots with varying P rates but equal N input also showed site-specific responses. In the non-rotational systems the Chitala site appeared unresponsive to P, while appropriate rates were 10 kg P ha-1 at Kasinthula, and 40 kg P ha-1 at Mikalango EPA. In the rotational system, Chitala still showed little response to P, but appropriate rates appeared to be 10 kg P ha-1 at Mikalango EPA and 40 kg P ha-1 at Kasinthula. Phosphorus has relatively low mobility in the soil which may negate the benefit of increased application rates, but also sorghum is known to be particularly efficient at utilizing P (Bernardino et al., 2019), perhaps explaining the marginal to zero grain yield response to varied P application rates. More research is needed to fully understand the implications of the inclusion of grain legume crops on the P balance of this novel cropping system.

Summary
Under a changing climate, drought is becoming common in Malawi, as is food shortages for Malawian households. This requires promotion and intensification of the production of drought tolerant crops like sorghum in order to enhance regional food security. Farmers, however, do not prioritize fertilizer use in sorghum. Where they have access to fertilizer, the priority crop is maize, a less drought tolerant crop. There is a need to increase awareness among farmers that like any other crop, sorghum requires more attention to soil fertility management.

A decline in the predictability of rainfall results in inability to plan for specific farm operations due to uncertainty. Future consideration is needed to develop the capacity among professionals to predict future rainfall patterns through modeling approaches. Modeled scenarios could eventually be used to develop extension messages for farmers that present most likely predictions and how they can prepare and plan their farm operations.

In general, planting new crops and adopting drought-tolerant crops is the most accepted adaptive action but the cost of implementation is high. Policy interventions are required to make seeds of new or drought tolerant crops readily available and affordable to the farmers. One potential strategy could be the establishment of community/village seed banks for these new crops.

The findings of the study have underscored the need for farmers to stop discounting the need for nutrient management in their sorghum crops. Mineral fertilizer alone or in combination with organic amendments coming from residual benefits of grain legume biomass in a rotation system, along with available manure sources, all combine to increase rain-fed sorghum productivity in Malawi. 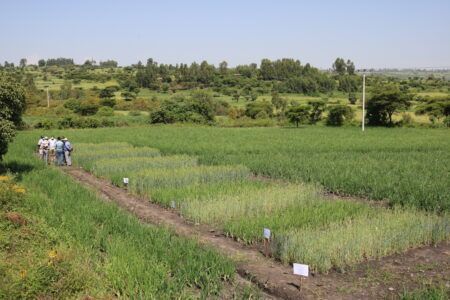 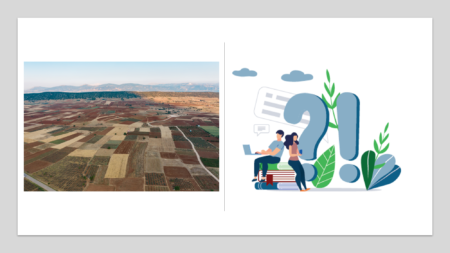 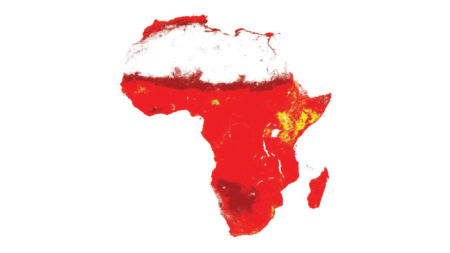 Building a Map of Bioavailable Phosphorus for African Soils

Researchers have produced a comprehensive map of soil P bioavailability for Africa’s commercial crops showing that almost the entirety of the continent’s agricultural soils can be expected to have an economic response to the application of P fertilizer.
Read More